My parents decided to go away for the weekend, so it was just my older sister, my little brother, and me. My older sister had to go to work one evening so I was babysitting my little brother. I intended to spend time with him, but I got a call that I’ve been wanting for a long time… But I ended up in bed with two guys for one single night…

His name was Derek, he was light skinned black guy, star running back on the varsity football team in our high school and was hot shit. I never had a black guy before but I heard “once you go black, you don’t go back” and thought he should be the first one. He is about 6 foot, built amazingly with 6 pack and arms that just blow a girls mind away. Dark brown eyes and a baby face but grown up. He made me melt.

I had been talking to my best friend when she goes, invite Derek over, no one is home. So I text him, not expecting him to answer, but he did with a yes and be there in an hour. I hurriedly rushed to shave my pussy and legs before he came over. I was full of excitement but also nervous. I didn’t bother putting anything fancy on just sweats and shirt. I have long dark brown hair almost to my little ass, 36D boobs, I’m pretty slim but not a twig. Every guy I have met, told me I look exotic because I’m naturally very tan but not white.

The door rang and butterflies formed in my stomach, I answer it, but not only is it him but also his two friends. I was thinking – hell no, no one is running a train on me, I’m the fucking player.

– Hey guys.
– Hey Simone, sorry about these two guys, they were my only ride.
– It’s cool, do you guys wanna hang out in my play-room? – They agreed, it was Alec and Rico.

Meanwhile, I had my little brother set up in my parents room watching Thomas and Friends so he wasn’t going to come out.

We didn’t kiss, I don’t kiss guys who I’m not with, it was something I picked up in “Pretty Woman”. I started to undress him, I pulled his shirt off and kissed down his chest. He then took my shirt off and fondled with my boobs, making them hard. He started to suck on them and I wanted to melt right there.

He than flipped me over into the doggy style position (my favorite) and fingered me from the back. I was flicked at my clit. I came right there and as soon as I finished getting over my orgasm. He slipped his cock right into me. I never have felt so full in my life.

He pulled out and came all over my back. I fell right onto my stomach from such a good fuck, I couldn’t handle it. We cleaned up and soon heard all this noise. His fucking friends were running around my house and being assholes. I ended up kicking all 3 of them out. I got what I wanted.

Half hour after he left Alec and Rico text me apologizing for their behavior. Around 11 o’clock Alec text me again and saying how he was bored.

Alec and me NEVER got along, he is an asshole and we hated each other but something was different tonight. He wanted to come over because he was bored and no one was home at his place. I ended up sneaking him in and not thinking anything was going to happen. In my mind it was just Alec, the asshole who annoyed the hell out of me.

When he got there, I had to wash the dishes since I had forgotten from my eventful evening earlier. He was up in the playroom and when I came up he was laying on the couch watching basketball. I had gone to sit next to him but he made me lie down with him. It was so weird and then suddenly we were making out. I was freaking out, I never thought he would do this with me. Alec is pretty good looking, he is Spanish and Asian but looks more Spanish. Short brown hair, running back, built well, and is just attractive.

Soon, I was on top of him and this making out was getting hotter and hotter. He started to finger me, making me want to fuck him so bad. I decided to pull the bed out of the couch. Then, we were going at it again and soon I was naked. I wasn’t expecting to have sex with him but we did.

I was on top and his dick, which wasn’t really big, about 5′ but pretty thick. I was getting really into it and then he goes:
– Do you have a condom?
– No…
– Then we have to stop, I don’t want to fuck up here.
– Fine…

I was so upset, we had already started and then he told me to stop! Then he started kissing me again and said:
– Fuck it. Let’s do it. 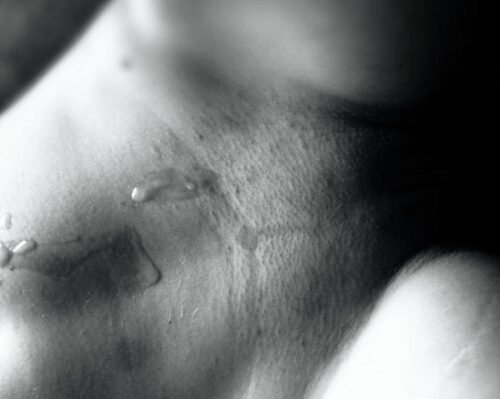 It was after 1 in the morning and we had school the next day. As he was leaving, we kissed good-bye.

After he left, I was like… holy shit, I fucked two guys in one night and they’re best friends… What the fuck did I get myself into…?

Derek and I fucked a few more times until I got a serious boyfriend but always flirted and wanted each other still… Alec… I never spoke to again. That was definitely a one-night-stand, but well worth it.

[en] My Friend Karen and a 2-day Fuck