– See, you’re just like Frederick here, you don’t think I’m pretty either. – These words were coming from Nurse Palma as she breezed past me at the Nurse’s station.
– I just am clever with my use of make-up, that’s all.

I was working taking notes on a patient when I realized some personal response was being called for.
– Now who could have put words or ideas like that in your pretty little head. I could never have said anything that could be as false as that – or some such horseshit. I really did mean it though, Palma was one of the most attractive women of any race that I had ever known. If she thought that I would let the darker nature of her complexion stop me for one second, she was mistaken. She had the broad African nose with the narrow, high cheekbones of English aristocracy perched on a smooth skinned frame that made me stop and appreciate the view every time.
– Oh, then how come I can’t find a man? – she asked me. – No one wants to go out with an old woman like me.

Now she was stretching my ability to believe. At forty she still had the face of a thirty-year-old and a body that oozed sensuality and begged to be held closely. Maybe she just spends too much time making money and doesn’t have the time for chasing men? I know she wouldn’t have to chase me too hard… I’d trip and fall down quickly and hope to catch her on top of me. 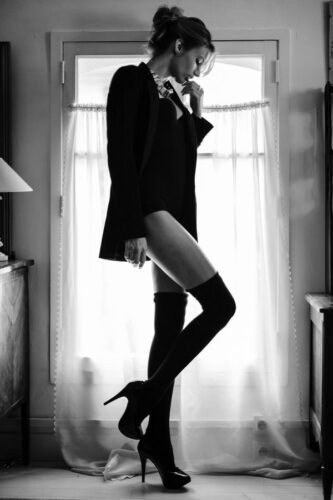 I pulled her aside, slowed her down a little and walked down the hall with her.
– You know, the problem you’re having is you don’t give us married men who really need some excitement a second look. I know of at least one married guy who’d give his eye teeth for a few hours alone with you. – These words were spoken just above a whisper and I wondered if any of the old residents sitting in their wheelchairs had heard me or would understand anyway.

Anyway, Palma blushed (beet red right through her coffee colored skin) and told me in her usual Jamaican accent clouded with the giddiness of having just taken a compliment:
– Sure, you say that. – Well, damn right I say that, I thought but it was too late and I was getting what I feared she would view as a toothpick-woodie compared to the oak logs I figured she was used to. Still, not what I wanted to walk around the home with for the next hour so I retreated to my cubby hole / office.

I was very surprised when I heard Palma’s soft-voice behind me about a half hour later asking:
– Did you mean any of that bullshit you were talking?
– What do you mean ”bullshit”? I think you’re hot-as-hell and you know it. – I replied. Her face looked a little more haggard now. (We all had been working long hours.) – I could really use a spliff mon. – The look she gave me said it all. I suspected she might be a fellow pot-head and there could be no question she was horny. My toothpick was starting to feel like a mahogany board.
– I’ve got just what you need. – I whispered back at her. Just need to make a short trip when I get off work and you tell me where to meet you. – Let’s see if she’s talking smoke or gonna actually blow some smoke with this little-would-be-white-Rasta. 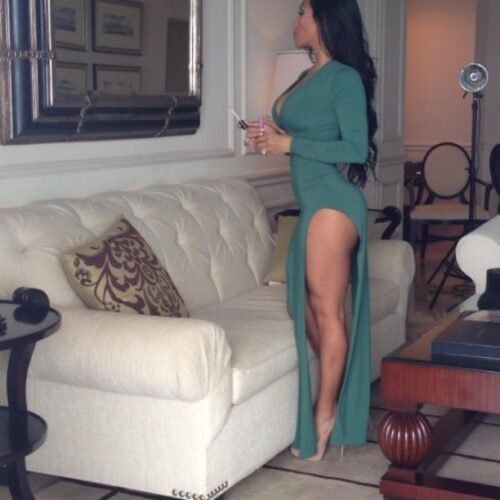 She slipped me a pre-written note which (when my heart slowed down enough for me to read it) said: ”Stop by my place at 4PM for some of the best home cooked black beans and rice you ever tasted. Palma.”

My mahogany board was starting to imitate its cousin the mighty oak. So, I made a mad dash home, rolled two or three of my best doobies (okay they were certainly not spliffs, but were potent enough to do the trick) and made a beeline for her door. She was waiting for me when I arrived in an unusually tight-fitting silk dress that more than nicely set off her figure.
– VaVaVooM! – was the entirety of my witty comments at this time. – You’re lookin’ hot, mama!
– Sure, I bet you say that to all the girls – she teased. And yeah, I did flirt with a few of the gals around the job but Palma was special. She has just the right blend of heat, intelligence, voluptuousness, and danger to make her especially appealing, to me anyway. I didn’t want to waste a lot of time with gabbing anyway, so I produced splifette number one and she immediately offered a light. I passed it to her and she took a toke that made her nostrils flare and her lungs expand her boobs to their pointy-full best. – Aaah – she sighed as she exhaled and her body seemed to contract to the size of a forest flower. – I think I needed that, it’s been a while since I even saw one of these bad boys. She looked at the j and took a quick toke and passed it back to me.

Another joint later we were toasty and getting a little silly. And Palma was starting to rub closer and closer up against me when we talked or passed the j. I had to actually assure her that her eyes really were pretty.
– I’d like them better attached to me – I offered. And attach them she did. That full bodied voluptuousness of hers was still clothed but sending me electric shocks right through her silk dress. When we kissed our lips seemed to melt together and our bodies molded to each other’s contours. When she pulled her shoulders in together her dress slipped off her shoulders to the floor leaving her in a black bra and pink panties.

As I reached around her to undo the bra snap she reached for my zipper and deftly unpacked the goods and let my pants fall to the floor. Those beautiful melon-breasts that I’d admired from afar for a while now were within very easy reach. Gorgeous large nipples just made for sucking on and two pillowy ass cheeks that were just made for one thing. And her squeezing on my as-big-as-its-gonna-get manhood told me that I wouldn’t have long to wait for a sample.

– Do you want a condom?
– Only if you insist. I can’t get you pregnant anymore and neither of us is positive for anything I’m pretty sure. – She shrugged her shoulders and closed the nightstand.

I was ready to lick Palma’s pussy

As she lay back on her king size waterbed the tiny triangle patch of pink-panties were an interesting contrast to the light brown of her skin and the darker brown of her nipples. It made her appear for an instant to have a huge pussy. When she allowed me to nibble those panties off her pussy was small, tight and sweet smelling. And oh, so ready for a licking. The first tongue thrust to hit her magic button brought a cry of relief and orgasm and exstasy from her and brought fulfillment (for me) of a long time dream-to make Palma cum and get to listen to the music she would make.

Palma is always very vocal. She laughs loudly when she’s tickled (mentally or physically) and her eyes brighten up like few I’ve ever seen. And the sound was music to my ears.

Now, somewhat more rapidly, almost hungrily she was reaching down to take a double grip on my dick and start to stroke up and down. Then her head began to bob up and down on me taking all 6 inches in with ease and then nibbling on my head ever-so-gently with her teeth.

Then she really surprised me by laying back grabbing her knees with both hands and spreading her legs as wide apart as she could get them. I crawled up between those beautiful thighs and pushed just the very tip of my head at the entrance to her treasures.

She seemed to gobble me in and hold tight while her eyes seemed to roll back in her head in exstasy. I pumped and pumped for all I was worth. The whole time she held her legs apart keeping her cunt wide open.

It was as tight as fucking a virgin, but the moistness from several orgasms made it feel like silk on silk. I had to try one more thing before this magical moment ended, so I withdrew and pulled her arms down to her breasts and inched my way up to put Mr. Happy in bed.